A few days ago we had our third wobble here in Fethiye in the last few months. It was a little less intense than the last one, nevertheless discomforting. I didn’t feel the (first one to me) that occurred this year (middle of the day), some time in the early part of summer; the second one I felt for a few very long seconds (early morning); and the one we just had (late at night) I felt for about 2-3 seconds. It felt like I was riding a wave on a surfboard. You can’t really move, you have to just ride it out- and then get out of the building in case there’s a bigger one coming or any aftershocks.

This was something I always expected when living in California where I was always waiting for the ‘big one’ to happen, especially living in the San Francisco Bay area- you almost expect it. You’re prepared for it. But here, each time, they’ve happened they’ve taken me totally off guard. I’ve even started to have dreams about them as though they’re happening all over again. It’s the strangest feeling.

I’ve even experienced earthquakes in Chicago, but they were different. Three in total (a long time in between each of them) and they felt like the earth snapped hard. Things fell from the wall, a front screen door even pushed itself open and slammed shut.

So this time, the next morning called for an outdoor breakfast by the very calm Aegean Sea. Technically, it’s the Bay of Fethiye that goes out to the Aegean, but the fact that it was so calm was a bit of an irony. 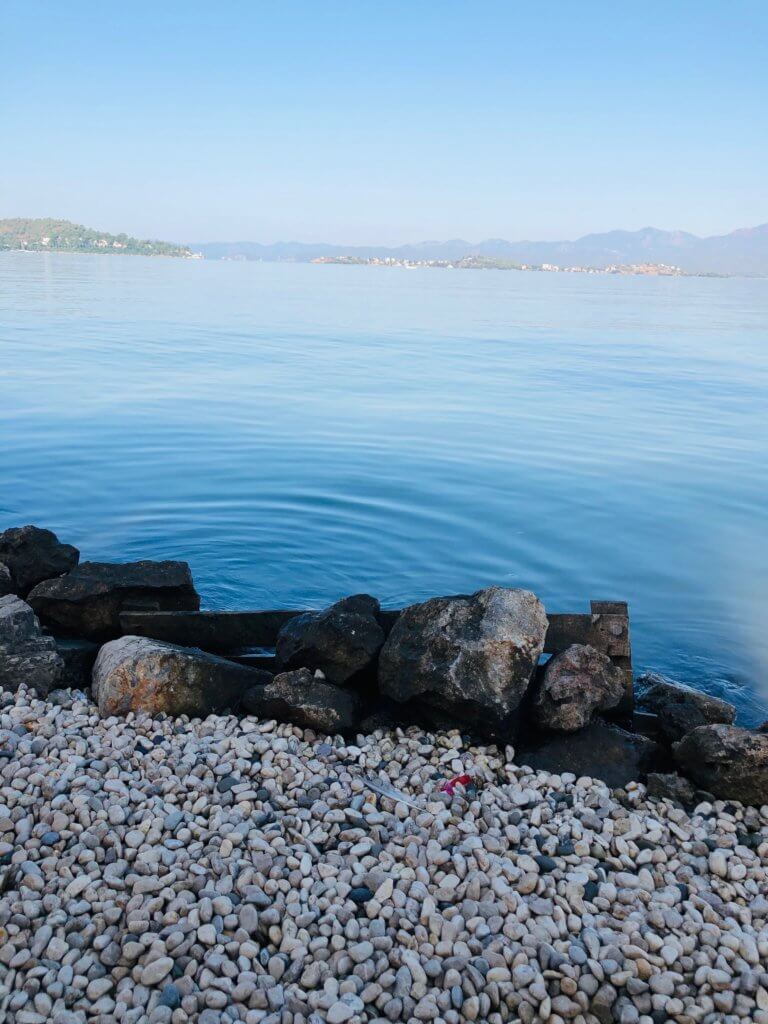 Perhaps the earth has to release tension so it’s a good and healthy thing to do? I don’t know…but I could definitely live without them. 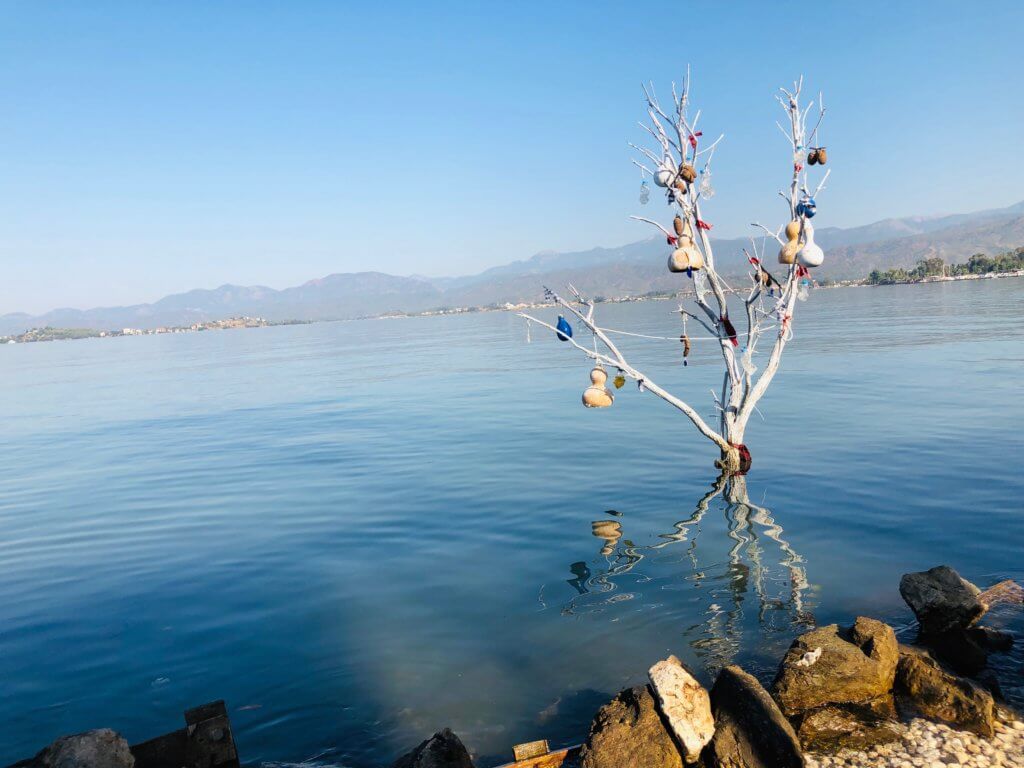 Being around others who are enjoying a nice breakfast with Turkish çay and a variety of borek (savory phyllo pies), particularly Ispanak (spinach), just helped put those events behind me.

I chose a nice sort of fast-food breakfast/dessert/coffee and çay place (open all day, though) all over Turkey (and the UK and many countries around the Middle East) called Simit Sarayi. At this particular location on the Fethiye Kordon, you can dine at tables places on the beach pebbles, at sea level. It’s wonderful, especially in the early morning avoiding intense heat and sunshine.

For those who have asked for a recipe, I don’t have the recipe for the cafe’s borek, but I do make my own, which you can try for yourself using my recipe here.

10 Things to Try While You’re in Turkey

An Abundant Antipasto Platter for Your Eid Buffet

My Interview with TheKitchn

My Interview with TheKitchn

Yvonne Maffei - November 17, 2017
0
We had an amazing couple of months here with the fabulously smart Dr. Madiha Saeed, a Chicago area MD who just finished the book,...